Pushpa has been missing in Malaysia for the past 12 years. He left for Malaysia on December 12th, 2005, six months after his marriage to Goma. For three years, he called and assured her that he’d be back soon and suddenly one day, it stopped ringing. She has been trying his number since then, but it never goes through.  His friends tell her that he is dead but she refuses to believe.
“I’m here because of hope. If he’s still alive he will come back. I haven’t even remarried. What else can I do? ”
Pushpa is among the 2.2 million Nepalis working abroad especially in Malaysia and the Middle East.  Nepali Times estimates that three to four migrant workers return home in a coffin every day. While many more are never heard of again. According to the Pravasi Nepali Co-ordination Committee (PNCC), an organization of returnee migrant workers dedicated to protecting and promoting migrant workers’ rights, 122 missing cases were filed with them from 2013–2016. However, PNCC reiterates that most of the cases never even reach them.
The Mysterious Case of Pushpa and others is a story about the people who go missing and the families left behind in limbo. 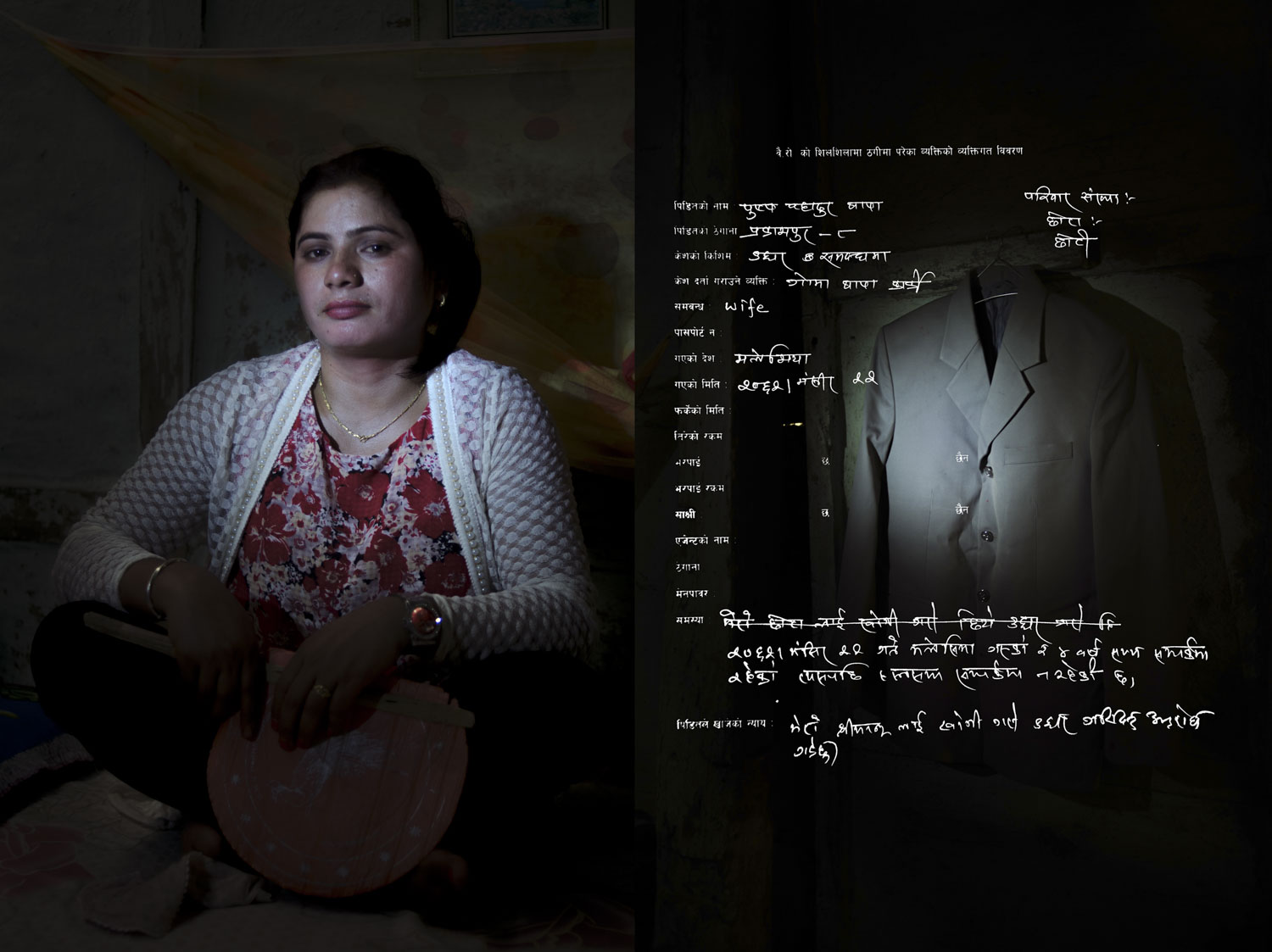 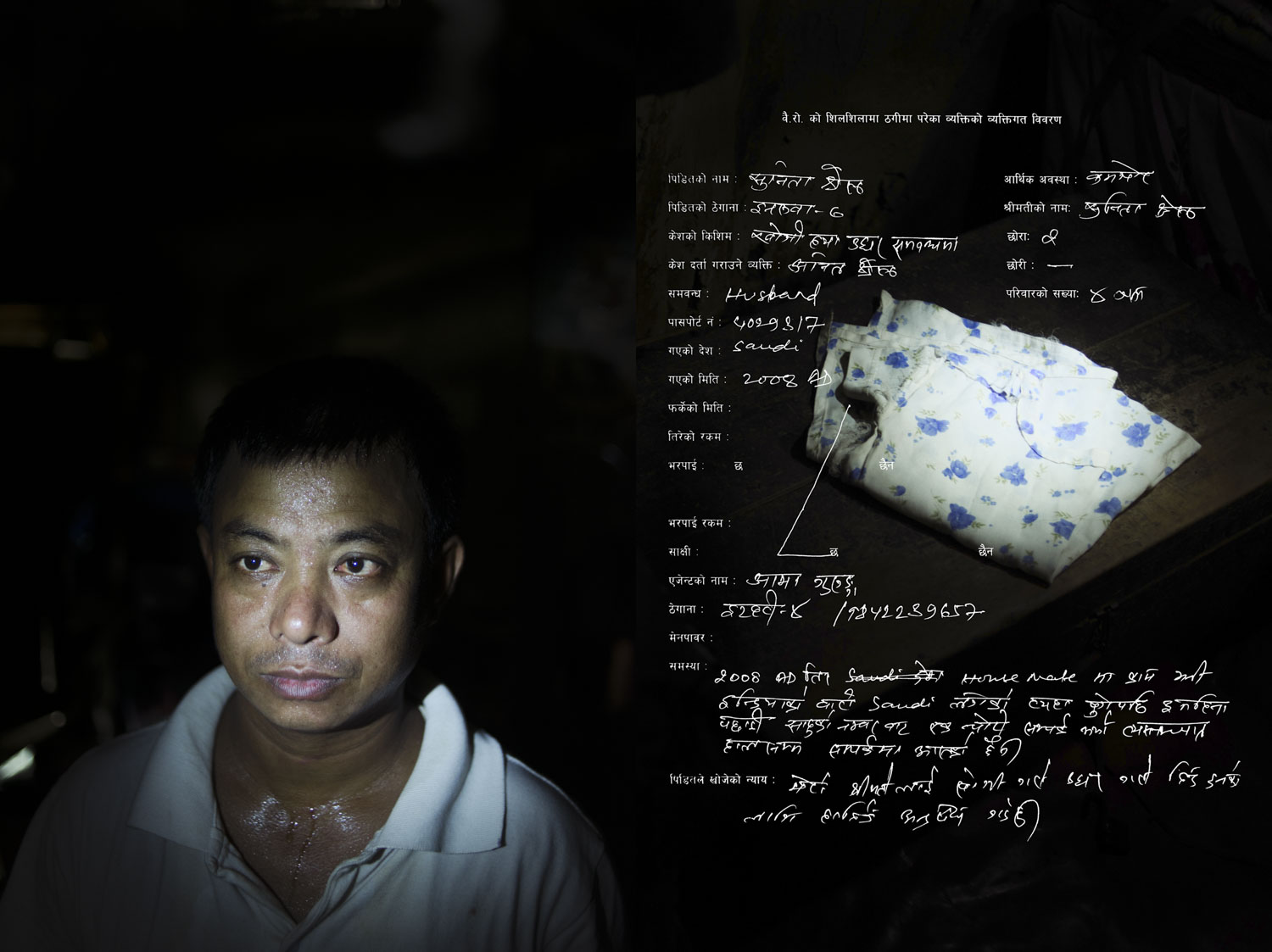 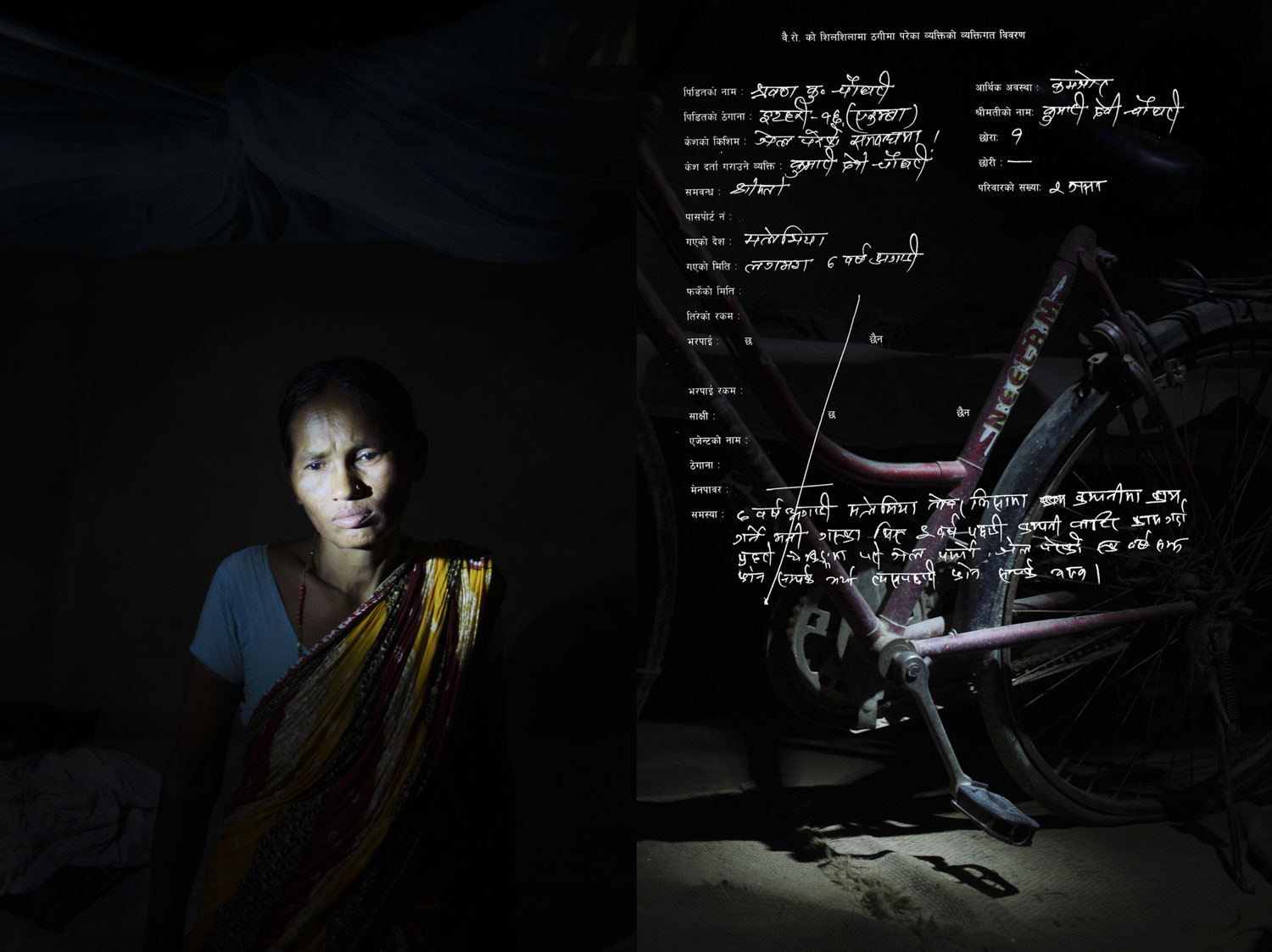 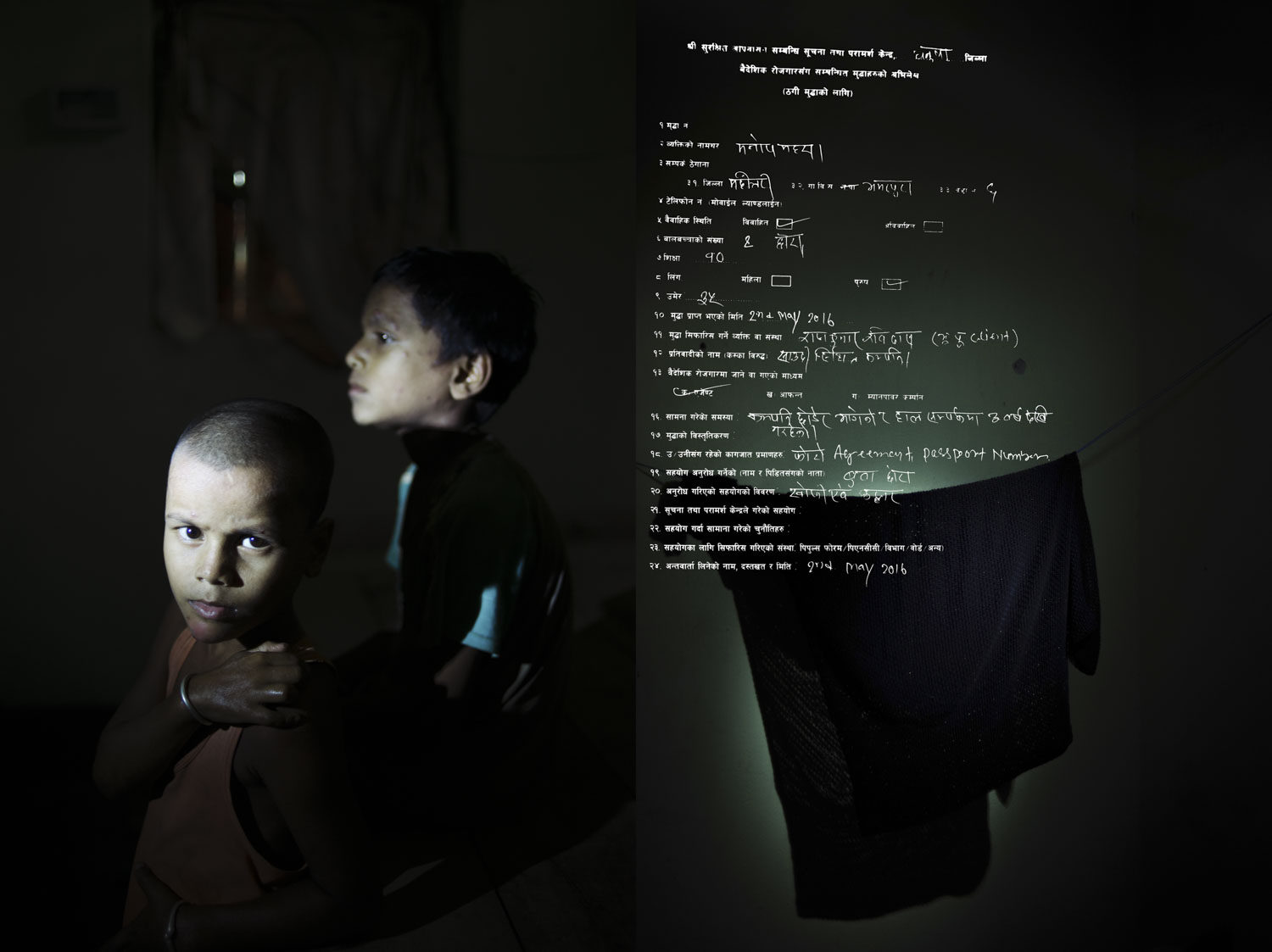 Last known information: Manoj quit his job in Ansar Al Bena Est. For Gen. Const, Dammam,Saudi Arabia which made him illegal in the country and was jailed for a while. Upon release he visited a friend in the city and he was out of contact ever since he left the place. (Photo: His sons, Raj and Ravi Mahara) 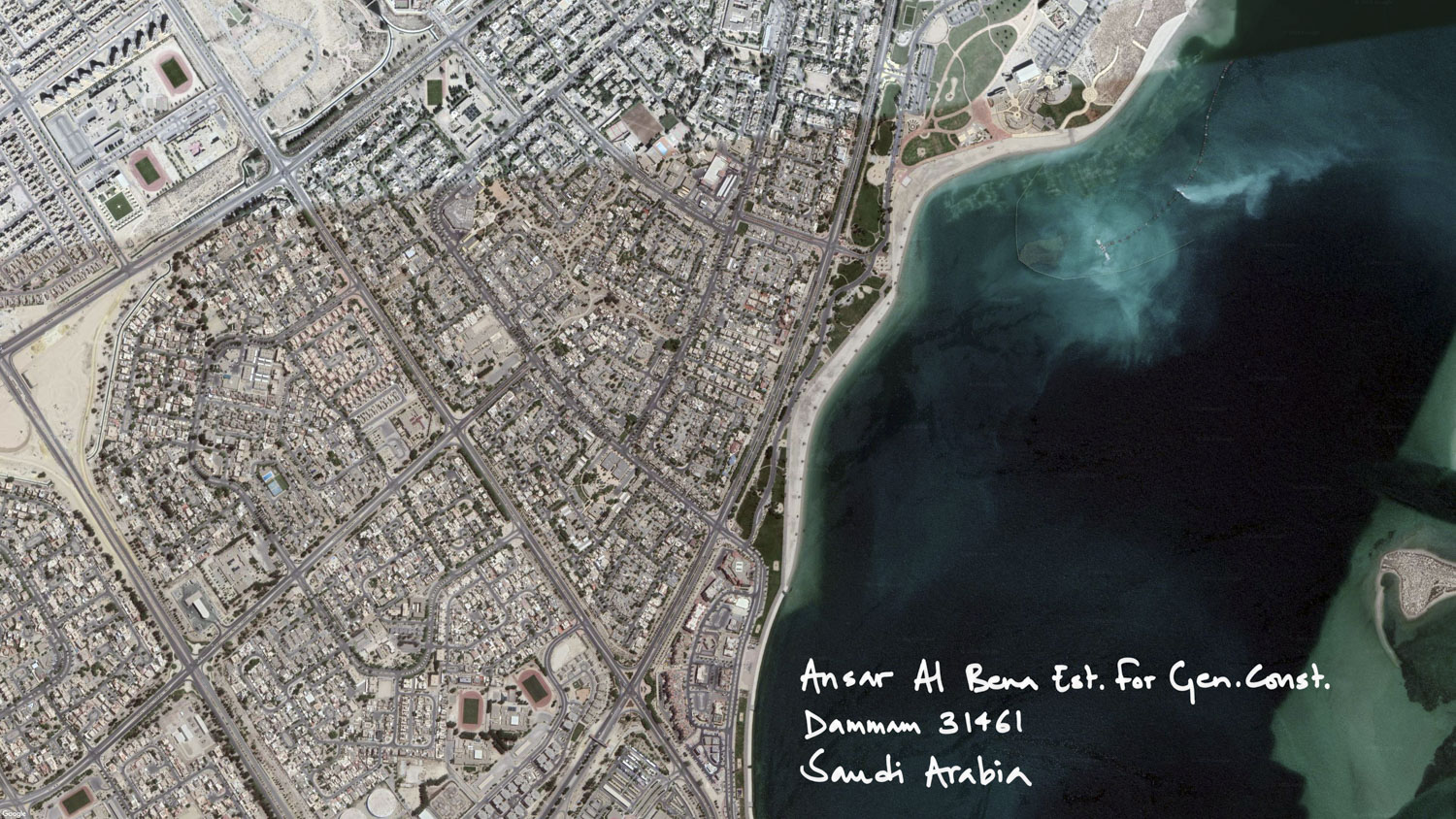 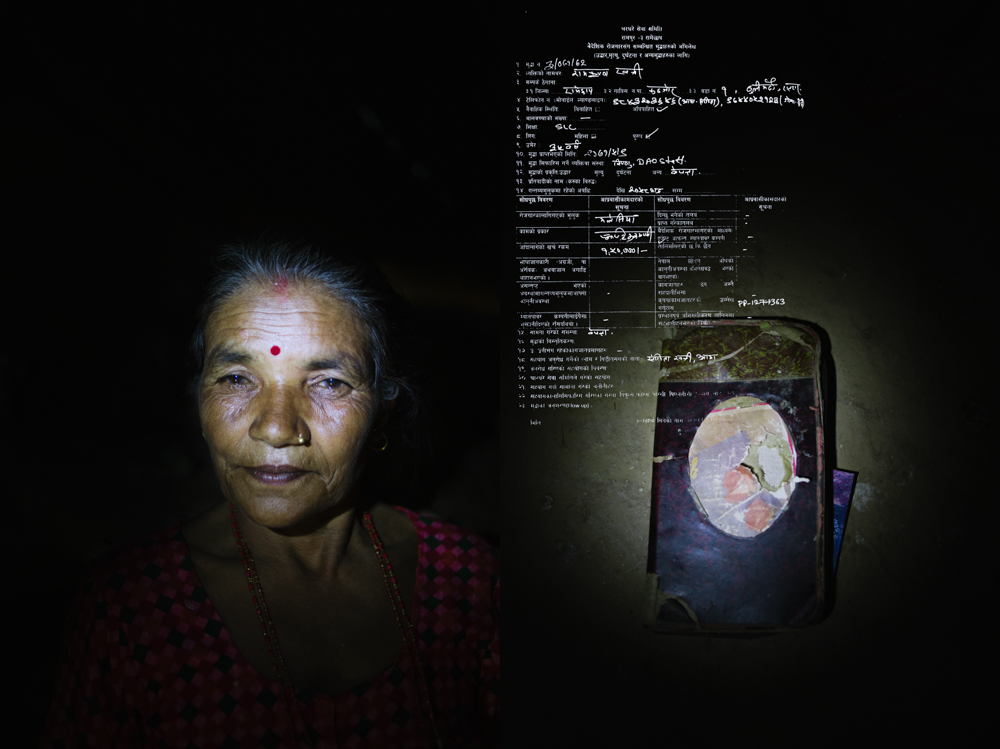